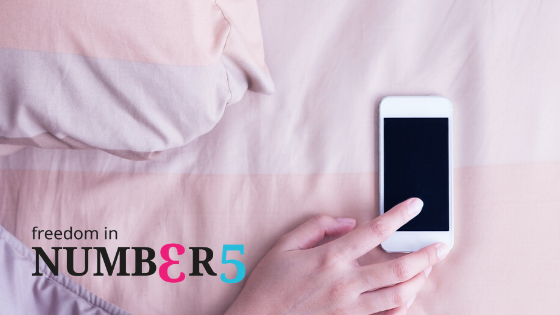 Since the lock-down began and the furlough scheme was put in place, we’ve processed more than 90 claims, with more going in every week.

Now we’ve gotten to know the ins and outs of the scheme, what better time to explain it in a bit more detail?

What is the Coronavirus Job Retention Scheme?

To give the UK’s furlough scheme its proper title, the Coronavirus Job Retention Scheme was introduced by the Government in response to the COVID-19 pandemic.

It has allowed employers using a PAYE scheme for their employees to place them on furlough – a period of temporary leave from work – while the circumstances of the lockdown meant businesses have been unable to trade.

So that employers can keep staff, and employees can keep their jobs, the government pledged support in the form of a grant covering 80% of furloughed workers’ wages (up to £2,500 per month).

It also covers the employer’s National Insurance contributions and minimum auto-enrolment pension contributions on the 80% of wages.

If you’ve already used the scheme to cover the costs of furloughed employees’ wages, you’ll know it was initially due to end in June 2020.

The furlough scheme has now been extended, with several changes announced by the Chancellor at the end of May.

Who is eligible for the furlough scheme?

If you’re an employer in the UK, you’ll be eligible for support through the scheme, provided you had a PAYE system in operation on or before 19 March 2020.

This includes businesses, charities, recruitment agencies (if agency workers are paid via PAYE) and public bodies.

Your business must have a UK bank account and must also have placed your employees on a minimum 3-week period of furlough by 10 June 2020.

This date is important because if you don’t furlough an employee for 3 weeks before 30 June, you won’t be able to apply for support with their wages from that point onwards.

If you’re an employer trying to figure out how much reimbursement you’ll receive for a furloughed employee, this calculation tool may prove useful

More guidance for employers is also available via the Government website.

When the furlough scheme was initially launched in March, guidance focussed on providing an alternative for employees that would otherwise have faced redundancy.

This was later amended to cover businesses and employees whose operations and work are being severely affected by coronavirus. In other words, it didn’t just apply to employees that might have been laid-off if not for the support.

This means that any employee on an employer’s payroll from 19 March 2020 can be eligible for furlough, providing the employer can show:

It includes employees of the following types:

Employees must also be consulted throughout the process and be in full agreement with being placed on furlough.

The first period during which the job retention scheme came into effect didn’t cover employees who were only facing reduced hours rather than no work at all. This will change over the extended furlough period, and again, we’ll mention this a bit later.

If you’re an employee and unsure what applies to you, you can check if you’re covered by the coronavirus job retention scheme.

If you’re a self-employed limited company owner earning a salary through PAYE, you can furlough yourself. It’s important to note that this only covers salary payments, and not dividends. You’ll also be unable to work at all for the duration of your furloughed period.

The same applies to business partners salaried through the PAYE system.

What are the benefits of the furlough scheme?

The furlough scheme has provided employers with an alternative option when considering the impact of coronavirus on their business and its employees.

Rather than making employees redundant or laying them off without pay, it can buy the business some time to get through the toughest period and hopefully retain valued employees.

As the furloughed staff are kept on the payroll, it’s completely different to being laid-off without pay or being made redundant.

Once we return to some normality (or a new version of it), employers will be able to resume trading without the need to find new employees to replace those that might otherwise have been let go.

It goes without saying, but before deciding to furlough, lay-off or make employees redundant, employers should review the options carefully, and seek the appropriate HR and legal advice where available.

For employees, the biggest benefit is short-term financial security. Without the furlough scheme, employees may have been laid-off or made redundant.

This would’ve left them with 2 options – universal credit or seeking employment elsewhere. For those unable to work due to other legitimate reasons caused by the pandemic (e.g. shielding, childcare) it has taken some of the pressure off.

How long will the furlough scheme last and how is it changing?

As we mentioned earlier, the furlough scheme originally covered the period to the end of June. This has been extended until the end of October 2020.

Starting from July, several changes will be brought in. Remember though, these will only apply to employees who’ve already been furloughed for a minimum 3-week period prior to 30 June.

The changes include allowances for part-time working, and part employer support – in other words, more flexibility as people begin returning to work.

From 10 June the furlough scheme will close for employees who’ve not been furloughed previously. The claims for 80% of employee salaries (up to £2,500) can continue until the end of June, with the same caveat – the employee must not be working during this period.

Employers will still not be required to contribute anything towards the costs until this phase of the scheme ends.

As the flexible scheme comes into effect in July, previously furloughed employees can now return to work part-time.

In this case, employers can claim a grant to cover normal hours the employee isn’t working. Of course, new working hours and shifts should be agreed with employees first.

Until July 31 employers will still be able to claim the full 80% of furloughed employees’ salaries (up to £2,500), NI and pension contributions, provided the employee isn’t working.

Employers must start covering the pay for hours worked.

From the start of August, employers will be required to pay National Insurance and pension contributions whether the employee is working or not, as well as paying them for hours worked.

Until the end of August, the Government will still pay grants to cover the 80% of furloughed employees’ wages for hours they aren’t working.

September marks the first month where Government grants will begin to reduce, and employers will need to pick up some of the cost for employees’ wages if they’re still furloughed.

Government grants during September will covers 70% of furloughed employees’ wages (capped at £2,187.50) for hours they are unable to work.

October marks the second reduction in Government grant amounts. From 1 October until the end of the scheme on 31 October, Government grants will cover 60% of employees’ wages (capped at £1,875) for hours they are unable to work.

We quizzed one of our partners, Jo Roy (Director of Red Owl HR), what questions employers have been asking her about the furlough scheme. Here’s what she said: 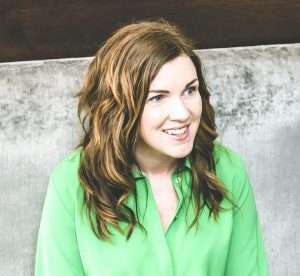 “I’m asked a lot about annual leave and furlough. Employees can take annual leave whilst they are on furlough, and the government guidance doesn’t currently require employers to top up holiday pay to 100% if they are paying employees 80% of their normal wage. Perhaps this will be covered in the guidance which is released on 12 June covering the rules about flexible furlough.

Employers are also now looking beyond October in their business planning and preparing in case they’re unable to support their current staff once the furlough scheme ends. Allowing the right amount of time for your redundancy consultation is important. Some employers are already making redundancies, and although furlough grants can’t be used to cover redundancy pay, it can sometimes be used to pay for the employee’s notice period.”

Why we’ll be charging for further furlough claims

We decided early on that we’d process these initial claims free of charge for our clients – our way of helping them to make the most of a vital lifeline for their businesses and employees during a tough and uncertain time.

The changes we’ve outlined above mean the process will get more complicated. Unfortunately, this also means more work for us!

The average claim is taking 10 minutes to submit, including the storage of claim reference numbers in our system (in case we need to refer to a claim).

Because of the extra time involved, and additional complexities being introduced to calculations, we’ll no longer be able to offer this as a free service.

The temptation is to continue supporting our clients by doing this for free, but as we’ve discussed before, scope creep can have a serious impact on your business, projects and client relationships.

After all, if you went into a restaurant and got a free starter, you wouldn’t automatically expect a free 3-course meal with sides the next time you visited!

What we will continue to do however, is help clients and other small businesses by listening to the problems they’re facing and providing advice and support whenever we can.